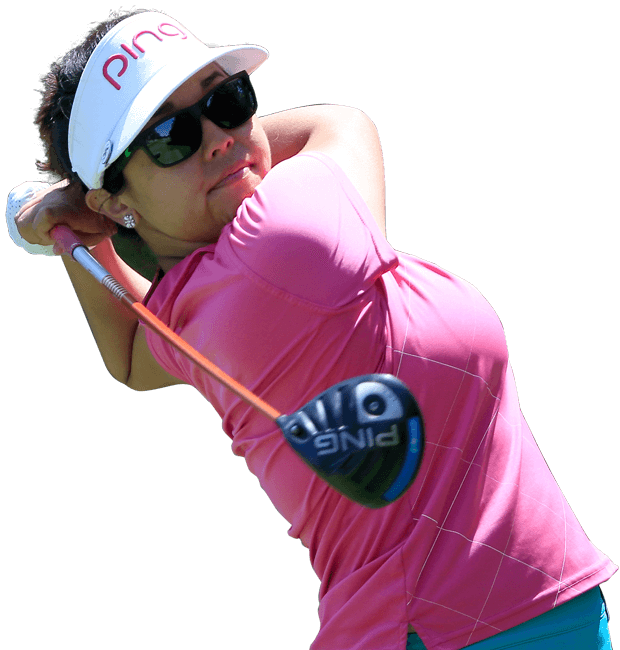 5’6”...Started playing golf at the age of 11...Credits Tiger Woods as the individual most influencing her career...Hobbies include watching the NBA (is a die-hard Lakers fan), reading good novels, playing the piano and listening to music, especially oldies, jazz and hip hop.