Get Ready For Moving Day at Bank of Hope Founders Cup

Get Ready For Moving Day at Bank of Hope Founders Cup

Written By: Amy Rogers @TheAmyRogers
Amy Rogers is a Content Producer for LPGA.com. She has covered the LPGA, PGA, Web.com and European Tours for Golf Channel. She has also worked as a Sports Anchor and Reporter covering the New York City and Orlando markets.
﻿
0
0 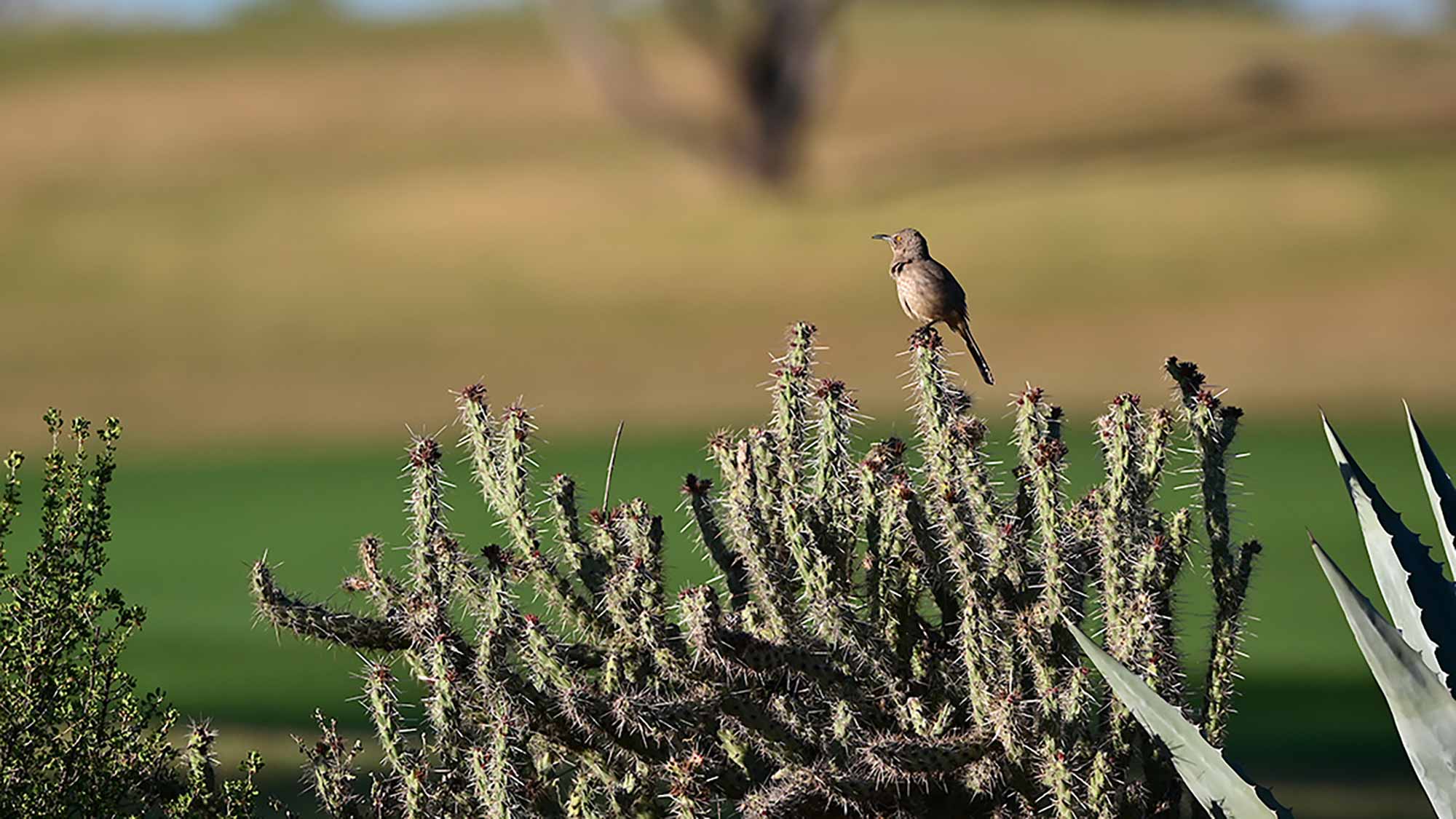 Who is Lurking on Moving Day?

The field is wide open heading into moving day at the Bank of Hope Founders Cup. While co-leaders Yu Liu and Sung Hyun Park have separated narrowly themselves from the field at 12-under par, a pack of eight players sits just two-strokes behind. Chasing from this group is two-time major champion Lydia Ko, who has only once finished outside the top 10 in Phoenix. An additional 11 players sit within four-strokes of the lead heading into the weekend, but they’ll need to have a solid finish on Saturday to position themselves for a run at the title come Sunday. 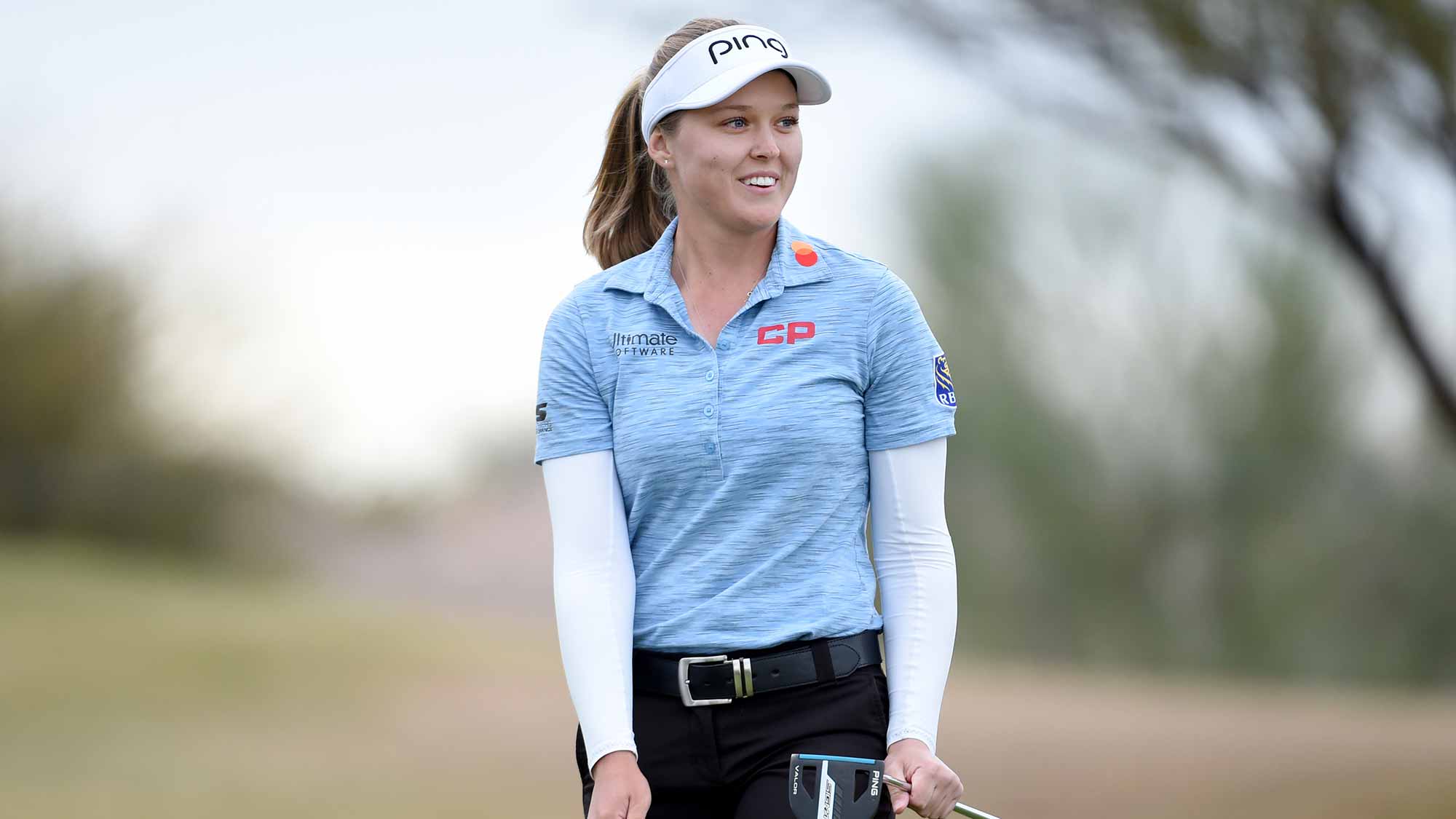 *All tee times are local

Starting the third round three-strokes back of the lead are Nelly Korda and Brooke Henderson. The pair is grouped together at 1:00 p.m. local time and will be ones to watch on moving day. Korda quickly became a two-time winner on Tour, picking up her first titles on Tour in just the last six months. Currently the No. 8 ranked player in the world and second-ranked American behind only Lexi Thompson, Korda is highly motivated to continue adding titles to her resume.

“Every week I go into a tournament wanting to win,” Korda said at the start of the week. “Obviously, that's the No. 1 goal,”

Like Korda, Henderson is a fiery competitor who would love nothing more than to pick up her first win of the season this week. She’s had mixed success in Phoenix, but is off to a consistent start in 2019 as she hasn’t finished outside the top 15 in her first three events of the year. The Canadian will need to continue rolling the ball well on the greens to make a move on Saturday.

“I'm making a lot of putts, which is a nice feeling for me,” Henderson said Friday. “This course you have to make a lot birdies, which I usually like to do, so I feel like over the weekend make a few more and see what happens.”

Another pair to watch on Saturday will be 7-time major winner and defending champion Inbee Park and her playing partner, Jeongeun Lee6, a rookie on Tour. Their resumes couldn’t be more different, with a veteran of Park’s stature chasing a chasing a successful title defense, and a rookie who is making just her third start as a member on Tour, but both Koreans have a great shot at positioning themselves for a win on Sunday.

Park hasn’t dropped a single shot this week, opening with rounds of 69-66 to put herself in contention heading into the weekend. The key for the Hall of Famer will be what has always been the key to her success on Tour: putting. It’s an area of her game she struggled with in her season debut but has turned around in Phoenix. She had just 23 putts on Friday. The defending champ will have fond memories to rely on Saturday as she fired a 63 during last year’s third round to take the lead heading into Sunday.

Lee6 hasn’t finished worse than a T11 in her first two starts on Tour an is on track to keep that success going with another solid finish this weekend. The rookie has just two bogeys on the week, both coming during Thursday’s round, which she backed up with a flawless 65 on Friday.

Yu Liu, a second-year member on Tour, finds herself in unfamiliar territory atop the leaderboard on the LPGA Tour. Friday, she slept on a share the overnight lead for the first time in her career, and she’s sharing it with currently one of the hottest players on the planet in Sung Hyun Park. But Liu isn’t without some early success in her first years on Tour. She finished third, behind Park, who won in Texas in 2018. Park on the hand, has quickly become a fixture at the top of the leaderboard in what is just her third season on Tour. She’s held a share of 36-hole lead on eight other occasions, converting three of those to victory. The current Rolex Rankings No. 1 player has plenty of momentum to add another victory to that list as she’s won her last two worldwide starts. 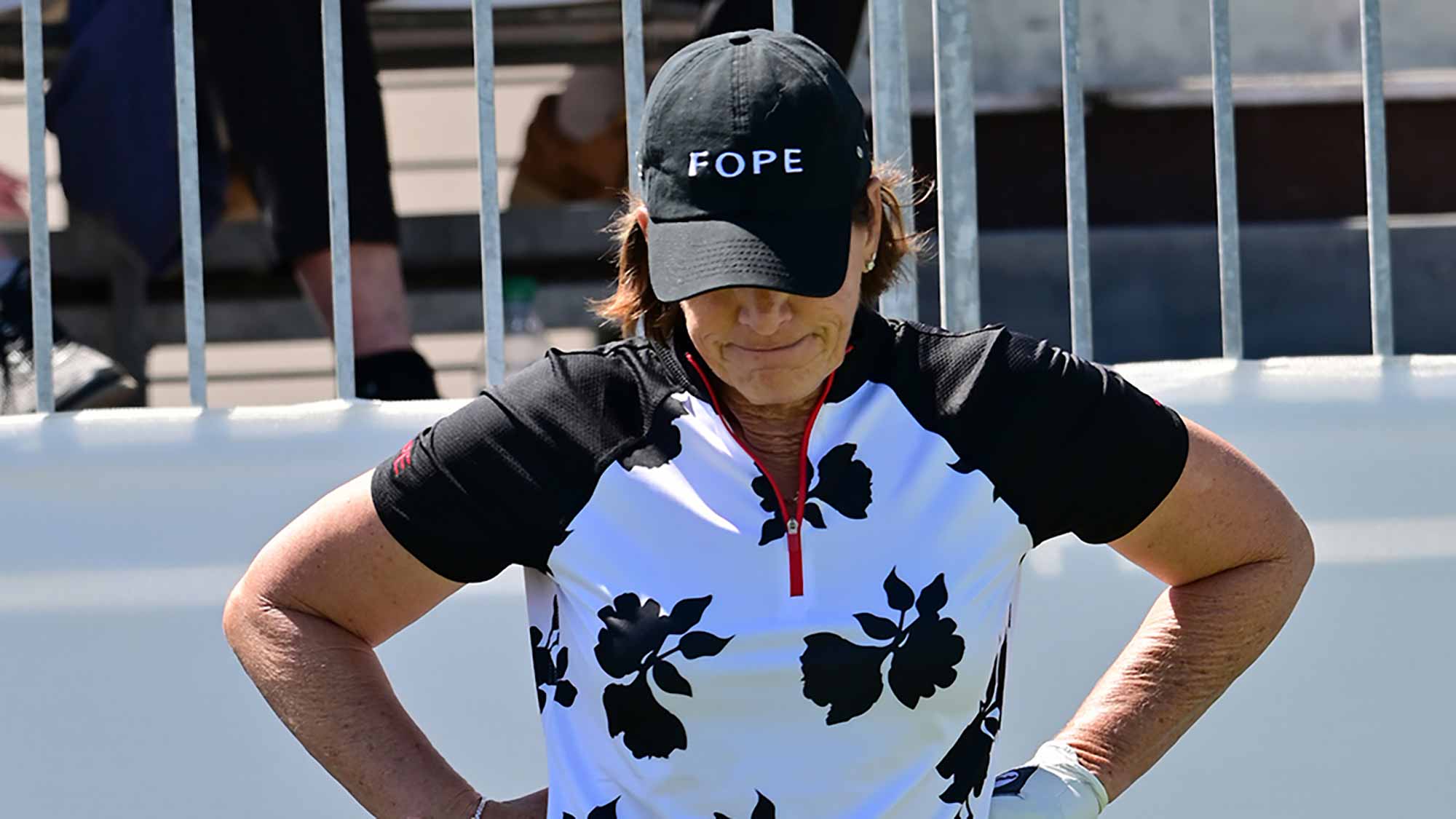 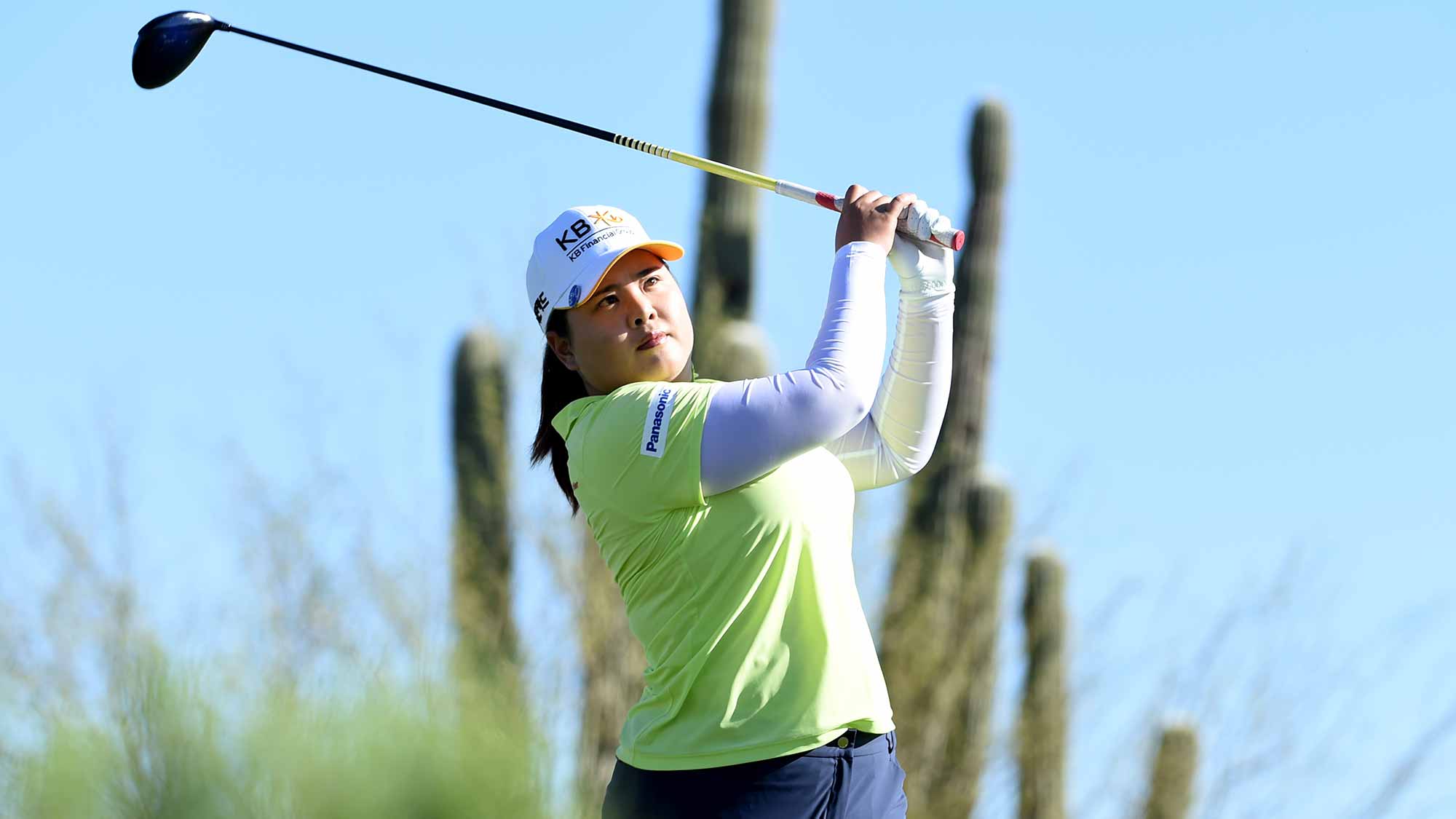 3 – Rookies within striking distance of the lead after two rounds (Linnea Strom and Cheyenne Knight at -10, Jeongeun Lee6 at -9)

1 – Inbee Park is the only player in the field who is bogey-free for the week. 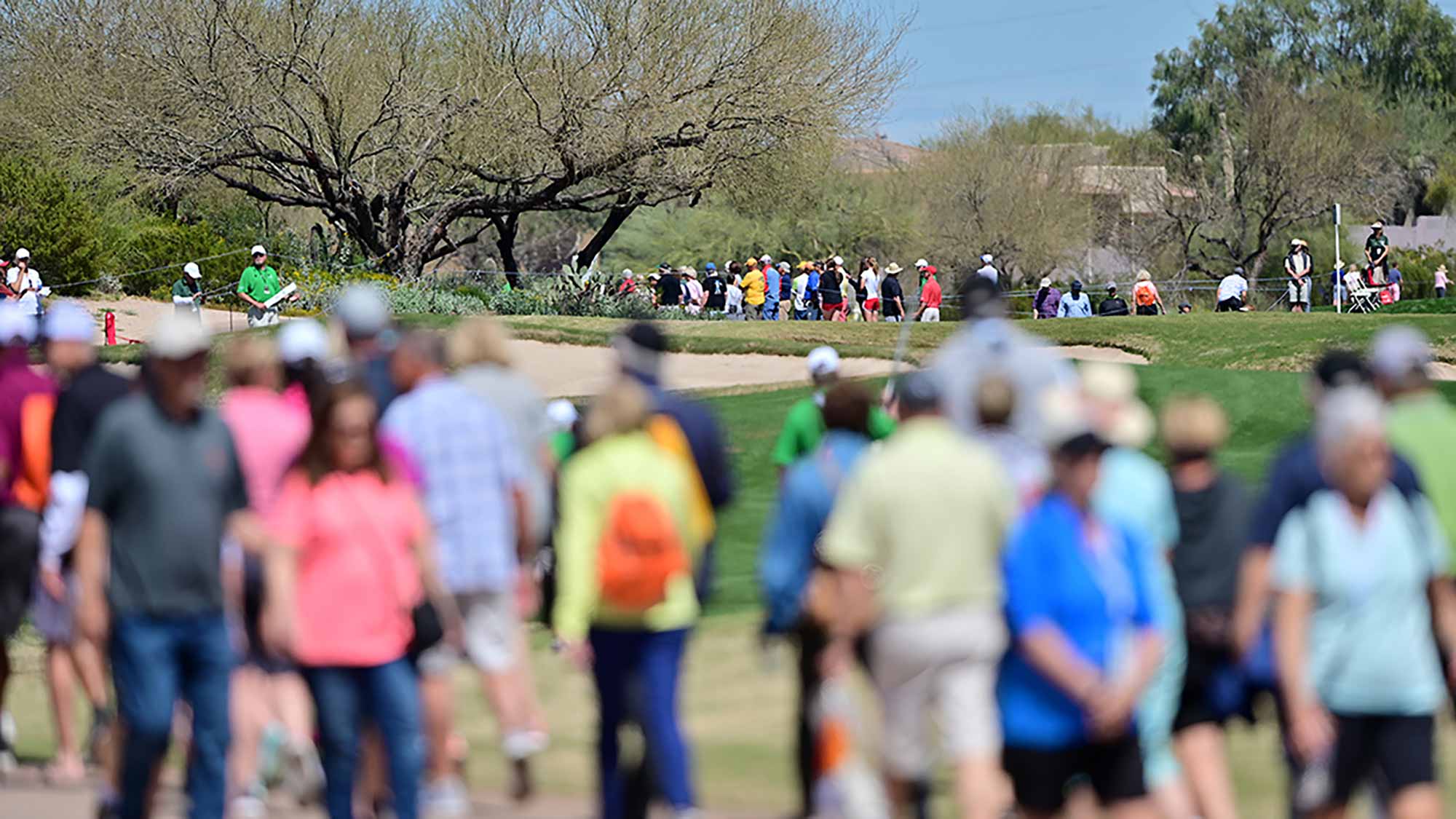 The third round of the Bank of Hope Founders Cup will air on Golf Channel from 6:00 p.m. to 9:00 p.m. Eastern Time on Saturday. The final round will be broadcast during the same time on Sunday.