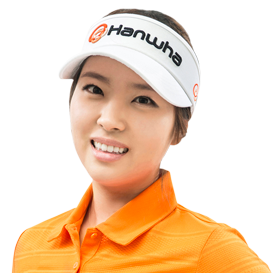 5’4”...Started playing golf at the age of 6...Credits parents, God and “the people who believed in me since I was young” as the individuals most influencing her career...Enjoys shopping, hanging out with family and close friends, music, dancing, singing and fashion...Qualified for the Tour by finishing second on the 2008 Duramed FUTURES Tour season-ending money list.