Written By: Mark Lamport-Stokes @MarkLamport
Mark Lamport-Stokes is Director of Public Relations for the LPGA. He has worked as a golf writer/broadcaster for the past 30 years in the United States, Britain and South Africa, covering the PGA, LPGA, European and Sunshine Tours. Most recently, he was golf correspondent for Reuters.
﻿
0Share on Facebook
0

‘Paying it forward’ has become a cornerstone of the Ladies Professional Golf Association (LPGA) and for Shirley Spork, who is one of the LPGA’s 13 Founders, this week’s Bank of Hope Founders Cup could not be a more shining example of rich rewards reaped after early sacrifice.

In 1950, Spork and 12 other women had the vision to establish the LPGA and nine years later, with the fledgling Tour having expanded to 29 events spread across a nine-month season, this band of pioneering professionals finally set up the LPGA Teaching Division after overcoming a few roadblocks along the way.

That Teaching Division later became the Teaching and Club Professional (T&CP) Membership and, in partnership with the LPGA-USGA Girls Golf initiative, it has been a driving force behind an astonishing surge in the numbers of under-18 girls taking up the game in the United States since 2010.

More than 60,000 girls were engaged last year by the Girls Golf program, an eye-popping increase of 1,000 percent since the Founders Cup was launched in 2011.

"Because we had 1,700 members in the T&CP, we were able to get a percentage of those teachers involved in starting a junior program and that junior program has really evolved,” said Spork, a spritely 89-year-old who will be teeing it up in this week’s pro-am competition.

“And because of that first Founders tournament, all that money went into promoting the junior program. It is most rewarding that we were able to start something that's grown into a sport for girls and women that is more than just playing the game.

“They can go to school, they can go into sports broadcasting, they can go into film, into design and sportswear ... golf has given opportunities for women to pursue other fields through earning the consistency of sportsmanship in the game of golf and respect for other people.” 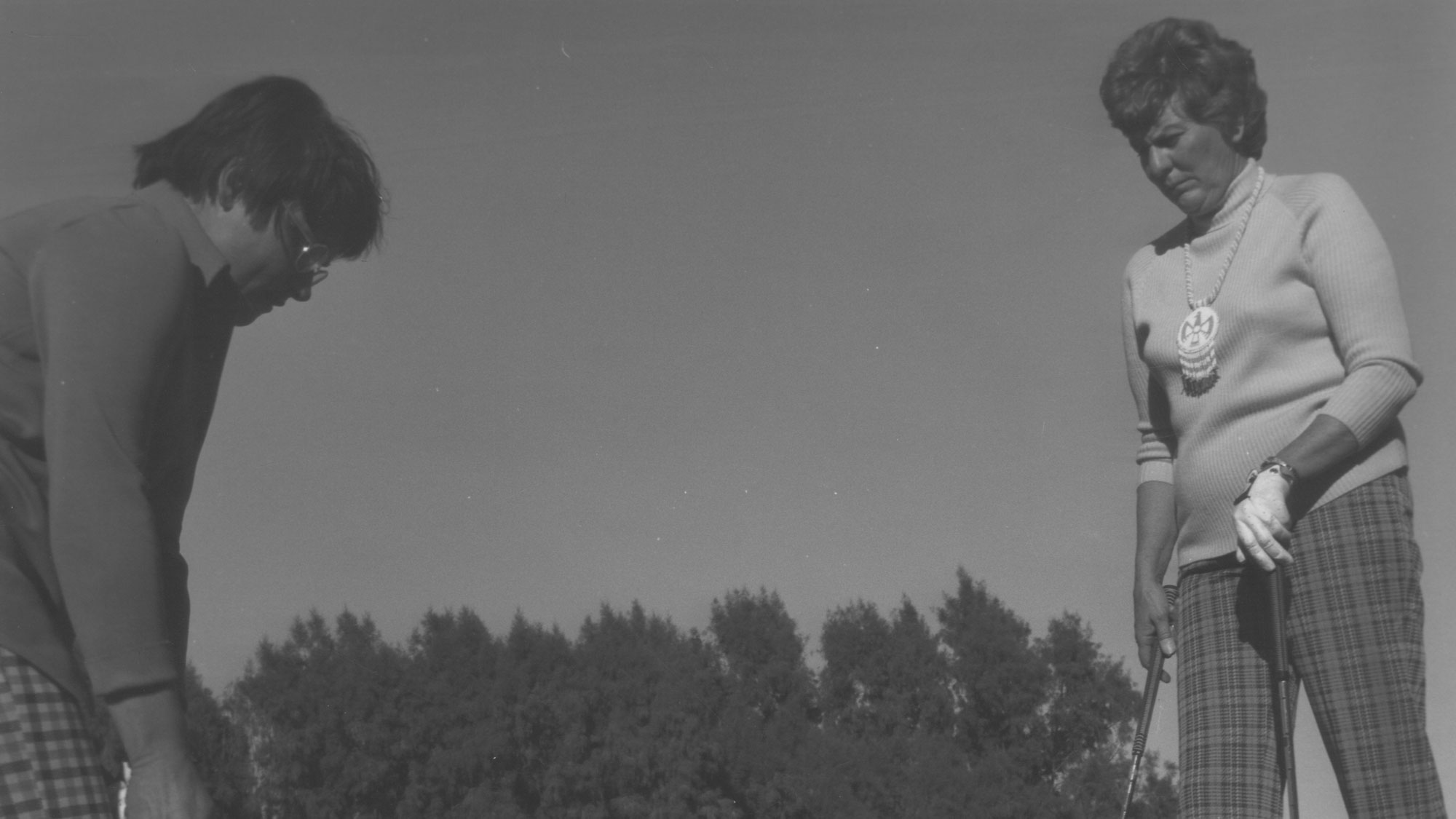 While girls under the age of 18 now represent the fastest growing sector in the U.S. golfing population and are eagerly taking advantage of all the opportunities available to them, it was a very different and unwelcoming story for Spork when she grew up in Detroit in the 1930s and early 1940s.

“I moved next to a golf course where caddies could play free on Mondays, I wasn't a caddie but if I had a club I could go play with them,” Spork recalled with a chuckle.

“So I found some balls and sold them back to a golfer and just played up the hill and down the hill and they chased me off because I didn't have a ticket to pay to play.

“They didn't have junior golf in my era. I graduated high school in 1945 and I was allowed to play with the public links women in the seventh and eighth grade so I started my competition in the position of not being welcome basically in the game of golf. There was no instruction available.”

“I only played part-Tour because I worked half the year and basically played the Tour in the summers and taught golf in the winters,” said Spork, who never won an LPGA title and recorded her career-best finish with a runner-up spot at the 1962 LPGA Championship.

“My reward is seeing all those teachers and what they have accomplished and how they have been able to stay in their field.

“And then I got the opportunity to work with National Golf Foundation with their education development, helping them write the teaching materials that were used in teaching the game of golf. All of that has been very rewarding for me."

Spork has given golf lessons to celebrities such as Harpo Marx, Danny Kaye and Nat King Cole but the crowning moment of her career came in 2015 when she earned the coveted Patty Berg Award, given by the LPGA to an individual who "exemplifies diplomacy, sportsmanship, goodwill and contributions” to the game of golf.

“I first met Patty at the Titleholders Championship in Augusta and she became my idol through the years,” said Spork. “When I received the Patty Berg award, I felt that was where I started and where I ended up, getting that most valuable award of all I think.”

For the players of today, both at junior and LPGA Tour level, the most valuable commodity they have is unquestionably the chance to reap all the benefits available to them because of the pioneering work achieved by Spork and her fellow Founders of the LPGA.